Welcome to the third article highlighting the various Characters within Set 4 of the My Hero Academia Collectible Card Game: League of Villains! 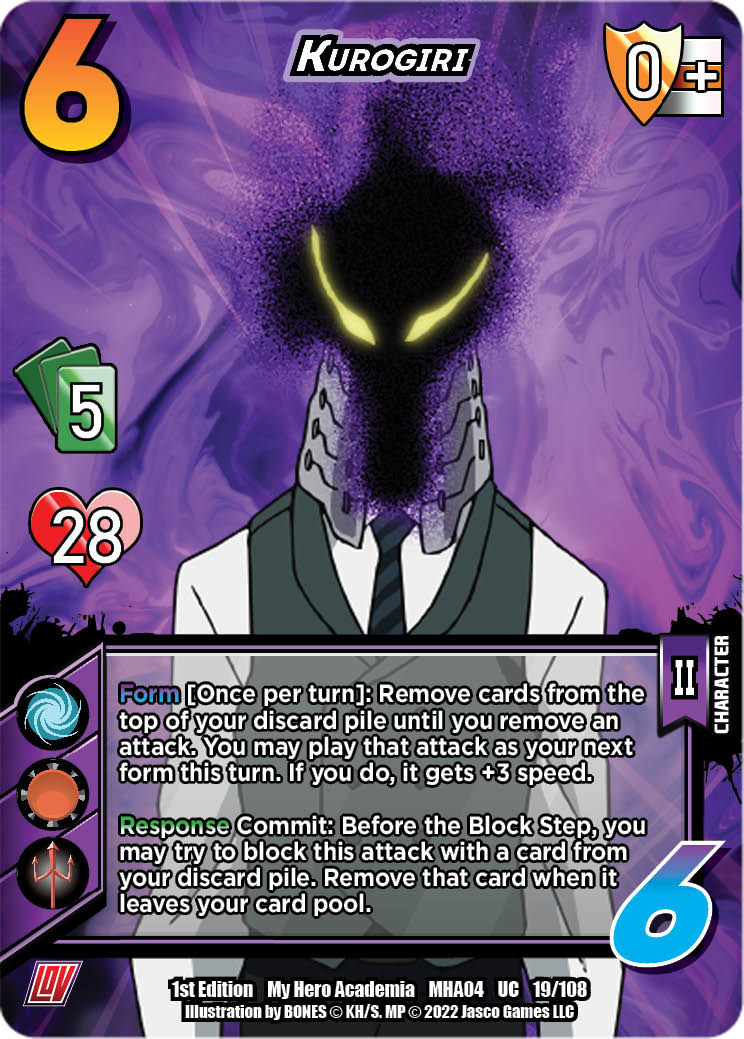 Kurogiri (II) is an odd character at first glance – his Form lets you remove the top of your discard pile until you remove an attack, and then play it with 3 bonus speed. This Form lets you re-use devastating attacks like Warp Gate Portal multiple times in a game without having to play a ton of copies of them in your deck. This makes Kurogiri (II)’s turns very consistent — with a tidy discard pile, he’ll always have the ability to play his most powerful attacks.

As a 5 hander with only 28 Starting Health, Kurogiri (II) looks relatively fragile, but don’t be fooled! Kurugiri (II)’s Response lets him block with cards from your discard pile! Being able to get a second use out of defensive abilities with Breaker: 2 is huge, and blocking with attacks you want to remove lets you re-organize your discard pile to make sure the card you want to play with your Form is always on top!

Kurogiri (II) loves blocking with his Response using cards like Compression Sphere and Fierce Whirlwind that interact with your opponent while in your card pool. If you keep track of what your Rival is up to, you can use his Response to always make sure you have the right block to interfere with their plans. 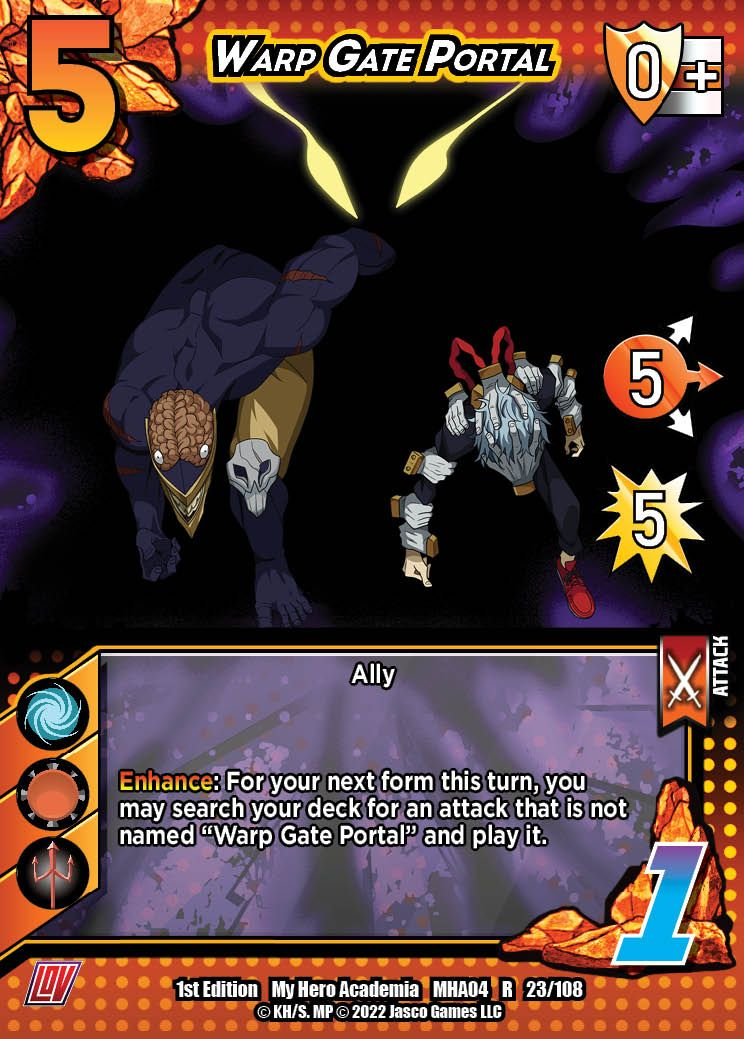 Warp Gate Portal asks a lot of your deck due to its 1 Check, but the power that you get is undeniable. With an entirely reasonable 5 Mid 5 Damage stat line and a block modifier of +0 Mid, Warp Gate Portal is an outstanding card to have in your hand at all times.

On top of that, the Enhance guarantees you’ll always have the attack you need! This can lead to some devastating attacking turns via searching for cards like Dropkick Slicer, Villainous Waylay, or Gale Force Punch. Leveraging Kurogiri (II)’s new attacks like Dark Interruption (featured below) lets you play a spread of powerful 1 and 2 Check attacks without sacrificing his consistency. 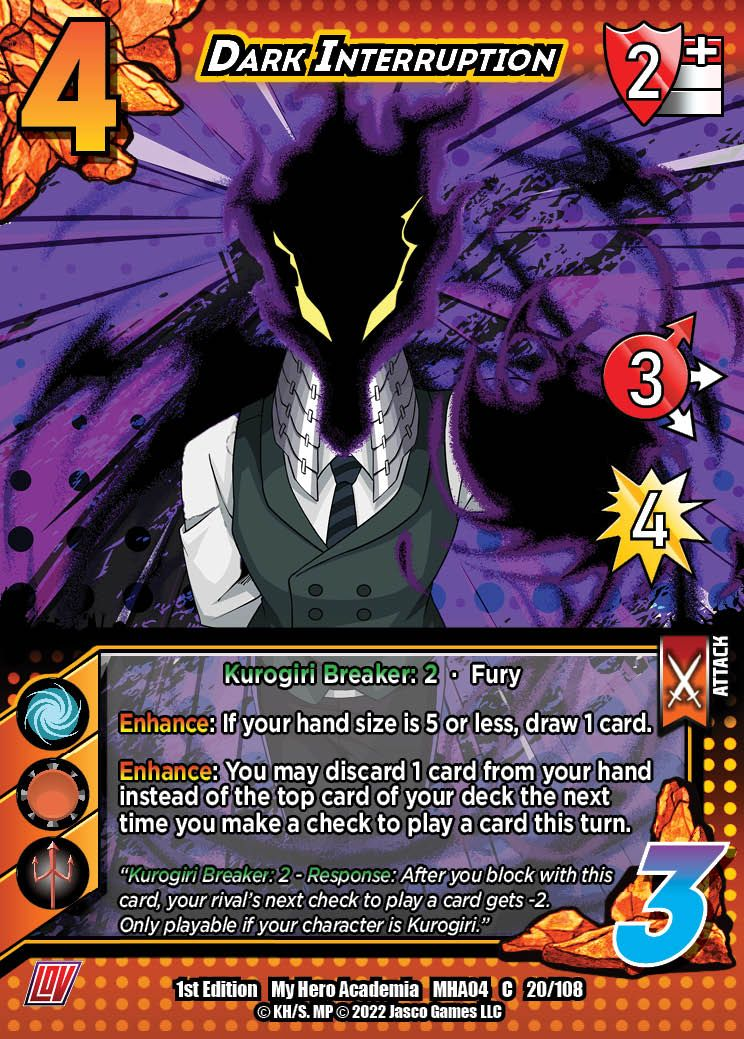 Dark Interruption provides a lot of structural stability to the deck through its two Enhances and Breaker: 2. Being able to always draw a card is great, and the second Enhance lets you guarantee your next attack will work by discarding a high check value the next time you play a card!

Dark Interruption has great synergy with Kurogiri (II)’s abilities as well. The ability to block from your hand and trigger Breaker: 2 and then attack them with the same copy of the card from your discard pile on your next turn provides consistent pressure on both player’s turns, making it difficult for your rival to always have strong defensive answers.

My Hero Academia: League of Villains can be seen for the first time at the Hero League Championship this month, but if you can’t make it make sure to attend a Pre-Release (starting February 24th) at a Local Game Store near you! https://play.mhacardgame.com/events